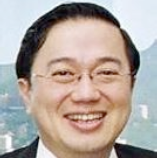 After more than 18 years, Mr. Jesse Ang retired from the International Finance Corporation (IFC) in June 2018. Previously, he was the Resident Representative for the Philippines office of the International Finance Corporation. He has extensive financial sector expertise and a solid track record in putting together investment deals in infrastructure, including power, mining, water and telecommunications. He was the first Filipino to become the head of the IFC Philippine office. Since retirement, Jesse has joined several BPI subsidiaries (as listed above) as independent director.

He joined IFC Philippines in February 2000 as a Senior Investment Officer primarily responsible for business development. Prior to joining IFC, he was the Chief Financial Officer and Treasurer of the Philippine International Air Terminals Company based in Manila. He worked in New York City from 1985 to 1998 in various capacities, such as Director of the Global Structured Finance department in ANZ Investment Bank, Vice President of the Trade and Commodity Finance department in Generale Bank and Assistant Vice President in Irving Trust Company. His work experience involved significant travel to Latin American countries such as Mexico, Chile, Colombia, Venezuela, Brazil and Argentina and East Asian countries including South Korea, Taiwan, Hong Kong and the Philippines.

He earned his Master’s degree in Business Administration from the Wharton Graduate School of Business and a BS Industrial Engineering degree from the University of the Philippines. Mr. Ang serves on the Convergence Funding Committee for the Asia Natural Capital Design Funding Window and the Indo-Pacific Design Funding Window.