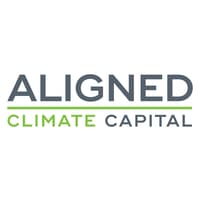 Overview: Convergence awarded a proof of concept grant to Aligned Climate Capital (formerly Aligned Intermediary) in Q3 2018. The grant will support Aligned Climate Capital in the coordination and design of the Climate Finance Partnership (CFP), an unprecedented blended finance partnership between the world’s largest asset manager - BlackRock - and leading philanthropies and governments.

Government and philanthropic partners include the Governments of France and Germany, the William and Flora Hewlett Foundation, the Jeremy and Hannelore Grantham Environmental Trust, and the IKEA Foundation. The consortium has jointly committed to develop a flagship blended private infrastructure equity fund for climate infrastructure projects and companies in emerging markets.

The fund aims to be one of the biggest blended vehicles to-date targeting climate-related investments in developing countries. The fund will seek to make investments in sectors such as renewable energy, energy efficiency, energy storage, and low-carbon, and electrified transportation in middle-income countries across Latin America, Asia, and Africa.

Middle-income countries represent the majority of the world’s poorest population and face massive climate finance shortfalls. For instance, according to the Asian Development Bank, for Asia to maintain its growth momentum, eradicate poverty, and respond to climate change, it will need to invest $26 trillion from 2016 to 2030, or $1.7 trillion per year. Meanwhile, current annual investments in the region for infrastructure are only $881 billion.

The Aligned Climate Capital team designed the initial partnership and vehicle structure with inputs from over 60 investors, fund managers, project developers, development finance institutions, governments, and foundations. Convergence’s grant funding will allow Aligned Climate Capital to continue building on the progress made over the past year in the feasibility stage of the fund’s design - by playing a lead coordination role to ensure the fund achieves its climate, capital mobilization, and investor-alignment objectives.

Design question and learning potential for the market: *How can concessionary capital providers play a catalytic role to crowd in mainstream asset managers like BlackRock and institutional capital at scale? *

The CFP will be a $1 billion private equity fund utilizing $100 million in concessionary capital to mobilize an additional $900 million in institutional capital. Concessionary investors like governments and philanthropic foundations will take first loss positions in the fund in order to reduce the risk for institutional capital. The resulting concessionary to private mobilization ratio will be among the highest in the industry and will establish an important benchmark for funds to follow. To achieve this ratio, the fund will focus on investments in more stable, middle-income markets.

The Aligned Climate Capital team has designed an innovative distribution waterfall that takes into account the concerns of first-mover concessionary capital. While elements of this type of waterfall are familiar to DFI participants - this will be new for philanthropic foundations and governments. Should the CFP be successful, there is high potential for a demonstration effect and replication by these parties to continue playing catalytic roles alongside institutional investors in similar funds going forward.