Skip to main content
You are currently impersonating the user: ().
Blog
17 Apr 19

As the term “blended finance” increasingly becomes part of the global development vernacular, the phrase is popping up in conversations where it doesn’t necessarily belong. You can’t just take a noble endeavor, whisper the magic words “blended finance,” and make it an investable financial transaction.

To put it bluntly, if you want investors, you have to present a revenue line.

As the development community converges in Washington, D.C. for the World Bank spring meetings, it feels like the right time to remind everyone that blended finance is not magic.

In the last few years, discussions about the potential to use blended finance to attract private investors to initiatives that serve the Sustainable Development Goals have multiplied manyfold. Never have so many organizations, investors, public agencies, non-profits and foundations been focused on corralling the vast amounts of private capital into places where it’s needed most.

Governments around the world have committed hundreds of millions of dollars to blended financing deals. Non-profits and philanthropies are stepping outside of their comfort zone to structure transactions. The private sector is increasingly taking notice.

Convergence’s own data has captured, deal by deal, blended finance transactions that have mobilized over $125 billion in capital towards sustainable development in developing countries. These are encouraging developments and an exciting time for development finance.

Still, projects and segments that have gained traction have been able to generate revenues.

In other words, initiatives need to make money. Some money. Doesn’t have to be a lot, necessarily; the idea is that someone in the transaction is in it for development reasons and will forgo returns. Thus, the flows can be directed disproportionately toward the party that requires a commercial return. But some money must flow from the concept. This seems obvious, but with all the excitement around blended finance, it bears repeating.

Blended finance can create a cash stream and it can make a transaction less risky. However, it cannot cover for a business model that fails to capture economic value and monetize it. If a project is risky, small, unstructured, and unlikely to make much of a profit, then straight grant funding may be what you’re looking at.

Many (if not most) development challenges do not have revenue lines that are apparent at first glance. Often, what is needed is catalytic capital to test the frontier and, subsequently, to attract the first commercially-priced money into still-new areas.

The off-grid and grid-poor market is a case in point, launched with deeply concessional financing and now, at least in the commercial and industrial segments, is moving steadily toward investability.

Examples include Sunfunder, which has raised more than $63 million since 2012, thanks to concessional financing from the Packard, Rockefeller and DOEN Foundations and OPIC. cKers in India is another example, the firm uses blended finance to moderate the pricing of the financing it offers for decentralized renewable energy. It is developing new, mainstream instruments for project finance for decentralized renewable energy (e.g., sustainable energy bonds) and building data around risk metrics to demonstrate the true risk profile of the sector.

Monetizing savings Sometimes, the first step is to invest in hard research to demonstrate the savings to society that accrue if the challenge is addressed against the cost of inaction. Then financial structuring can step up to capture the economic gain or savings, and monetize it.

That was the idea behind GAVI. The cost of immunizations cannot compare to the cost to all of us of productive lives lost to infectious diseases and the burden of those diseases on the healthcare systems of struggling nations. The institutions that led GAVI recognized this human and financial savings and, in essence, agreed to direct some of the savings at the private sector, in the form of a minimum purchase obligation to makers of the needed vaccines. This created a floor on market size, removing a risk that would otherwise make manufacturers think twice about committing to vaccine production.

While not generally recognized as a blended finance transaction, the partnership between GAVI’s funders and the manufacturers may in fact be the biggest blended finance macro-program ever seen.

The off-grid solar market and initiatives like GAVI, which test the frontiers of new markets and capture economic and social benefits through smart structuring, are areas where blended finance shines.

The momentum building around blended finance right now in the development community is exciting. However, those with catalytic resources need to make sure they are using the best possible tools to support the Global Goals. Some efforts may just need traditional donor support or philanthropy; others lend themselves to rapid scale-up via thoughtful blending with commercial capital, followed ideally by a transition to fully private investment.

Whatever we choose, let’s keep it real. And let’s accept that attracting new capital into some sectors is hard, it will be incremental, and none of us has any magic wands. 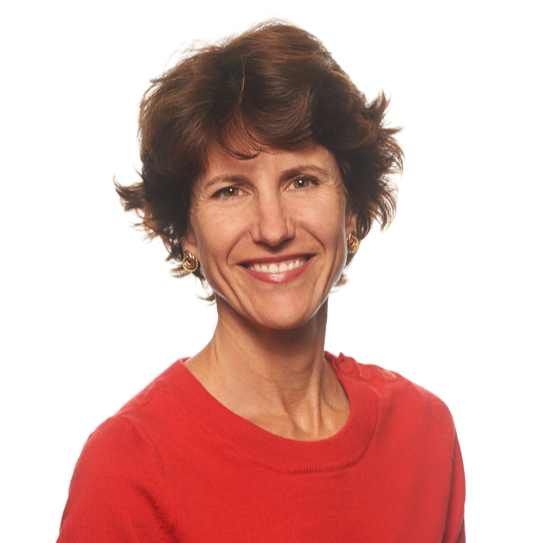 Joan M. Larrea is an expert in catalyzing investment in places that need it most and brings with her over 20 years of experience in emerging markets investing. Joan serves on HRH The Prince of Wales' Sustainable Markets Council, the Global Environment Facility Advisory Group for Non-Grant Instruments, the Impact Canada Initiative Advisory Committee for the Government of Canada’s Privy Council, and the Advisory Council for FinDev Canada. Prior to joining Convergence, she led the U.S. Overseas Private Investment Corporation's (OPIC) efforts to partner with philanthropic and private investors to increase capital flows to OPIC's target markets. While at OPIC, she also directed a pilot program to finance smaller, high impact, and innovative funds, many of which drew on blended finance structures. Before OPIC, Joan served as a managing director on the emerging markets team at Global Environment Fund, an asset manager dedicated to the energy, environmental, and natural resource sectors. She began her career as an investment officer at International Finance Corporation, where she concluded pioneering transactions in a variety of infrastructure and manufacturing sectors across Asia.