Skip to main content
You are currently impersonating the user: ().
Blog
27 Jan 20

Asia-Pacific is the next frontier for blended finance

The Asia-Pacific region has seen enormous economic growth in the last few decades, which has lifted hundreds of millions out of extreme poverty. According to the Asian Development Bank (ADB), from 2002 to 2015 the region saw a fourfold decline from 1.11 billion people in extreme poverty to 264 million.

The work is not done. This growth has often come at the expense of the environment, leading to deterioration of land, freshwater, and marine ecosystems and exacerbating water and food insecurity and climate vulnerability. At the same time, 264 million in extreme poverty is still a daunting challenge, especially considering the recent ADB finding that growth in Asia is slowing.

Increasingly Asian governments have embraced blended finance as a way to reach key development and environmental objectives, while attracting private investment into their countries.

The Government of Indonesia, for example, has several ambitious targets around sustainable energy and deforestation, including increasing the renewables mix from 6% to 23% over the next 5 years and restoring 2 million hectares of peatland by 2020.

In response to these ambitious targets, the Tropical Landscapes Financing Facility (TLFF) was established as a blended finance partnership between ADM Capital/ADM Capital Foundation, BNP Paribas, UN Environment and World Agroforestry Centre, to provide long-term financing for renewable energy and smallholder livelihood projects in Indonesia. In 2018 the TLFF closed its inaugural deal, which was also Asia’s first corporate sustainability bond – a $95 million bond to support socially inclusive, climate friendly production of natural rubber, including a collaboration with WWF focused on conservation.

BlueOrchard launched the Japan ASEAN Women Empowerment Fund (JAWEF), another blended finance example, in 2016. The fund was backed by the Japanese government and has also attracted institutional investors. JAWEF is the first fund investing with female micro entrepreneurs in emerging markets and frontier markets in Southeast Asia. Due to strong financial performance, the fund underwent a second fundraising round last year and doubled in size to $241 million to reach a final close.

Many of these transactions have focused on the energy and financial services sectors.

Despite the finding that growth in Asia is slowing, growth projections for East Asia and South Asia are over 5% and we expect the blended finance market in the broader Asia-Pacific region to continue to expand in 2020, as the need for investment in the region increases and governments look to alternatives for investments aligned with the Sustainable Development Goals (SDGs).

To develop a truly robust blended finance market in the region, however, will require more concrete and deliberate action. The seeds have been sown, but now it’s crucial that the right environment is created to cultivate them.

While blended finance holds significant potential to crowd in additional capital to achieve the SDGs, these transactions can be complex, time intensive, and highly costly to structure and launch. Funding is often needed early on just to support the design and structuring of transactions that may otherwise be too risky to pursue.

Design-stage funding can be a particularly useful tool for supporting the development of blended finance solutions in frontier markets and nascent sectors. By providing grant funding to teams at a stage where the investment concept is under development, design funding gives critical support early on to teams that are looking to take investment products to market. This eventually leads to transactions reaching the market that otherwise may not have, contributing to building the market and ultimately catalyzing additional investment in the region. More deals in the market sends a signal to investors that these transactions are happening and are viable. As investor demand increases, deal sponsors have a better indication of potential investors for new investment structures, leading to the propagation of more deals.

Asia has the building blocks for hosting a strong blended finance ecosystem, including local funders, investors, intermediaries, and entrepreneurs, and well-developed capital markets. More targeted design funding in the region will be crucial to accelerating the market by identifying key players and generating new investable transactions. 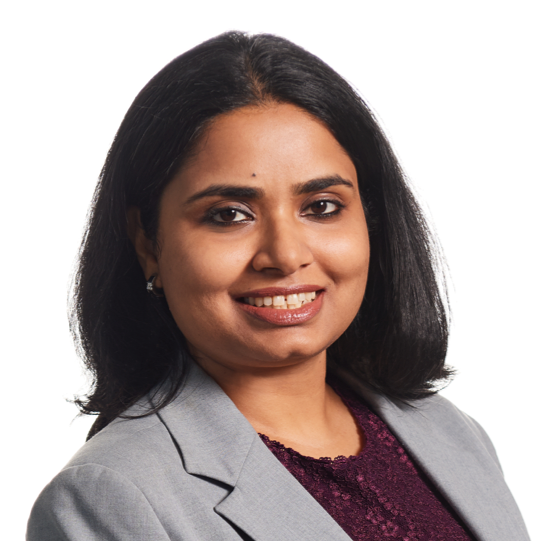 Adhiti is the Associate Director of the Market Acceleration & Design Funding team at Convergence. Prior to Convergence, Adhiti advised funds, family offices and foundations making impact investments in developed and emerging markets while working at RPCK, a boutique law firm in New York City. Adhiti has also practiced in India, where she advised on cross-border M&A transactions and private equity/venture capital transactions. Adhiti also counseled social enterprises as a consultant with Accion Microfinance Council and a project manager with Columbia Impact Investing Initiative. Adhiti holds a master’s degree from Columbia Law School, and a law degree from National Law School of India University. She has been awarded the Temasek Foundation Leadership Enrichment and Regional Networking Award by the National University of Singapore.