Skip to main content
You are currently impersonating the user: ().
Announcement
12 Apr 21 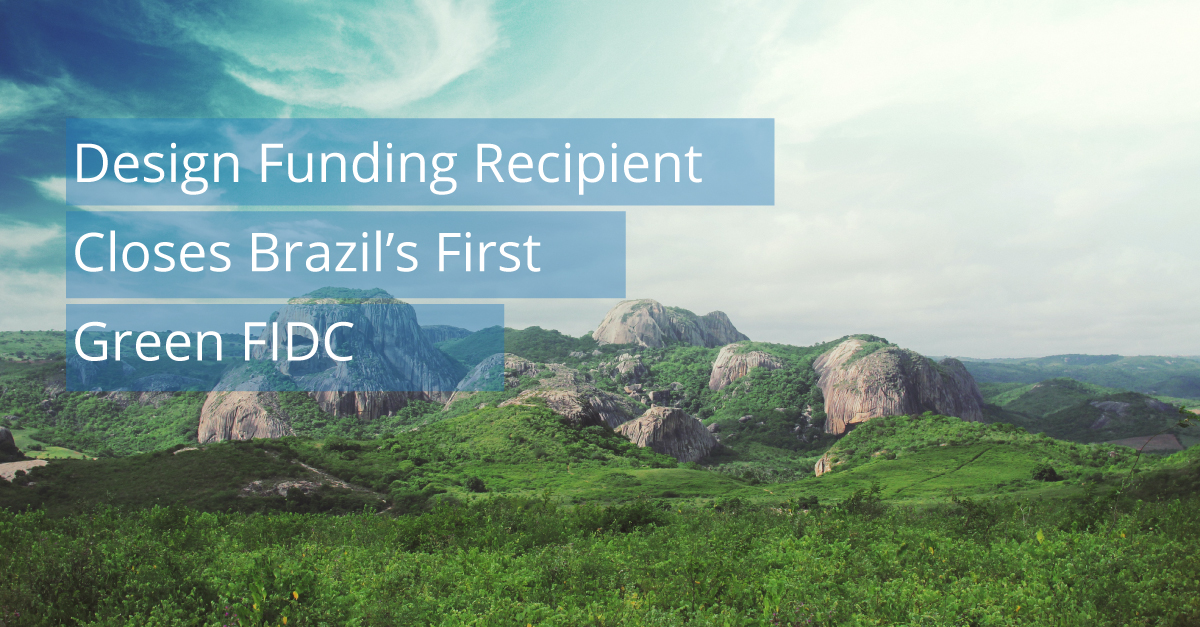 The Green FIDC allows clean energy and energy efficiency projects to secure financing based on future cash flows from energy sales. The Green FIDC builds on a Brazil-specific instrument, the Fundo de Investimento em Direitos Creditórios (FIDC), which is used by companies to raise capital by securitizing receivables.

Albion Capital and Climate Policy Initiative received design funding in 2019 for the Green FIDC concept, which was proposed and developed as part of the Global Innovation Lab for Climate Finance (the Lab). Design funding was used to support the research, structuring, and fundraising activities required to bring the Green FIDC model to Brazilian capital markets.

“What attracted us to this concept was how Albion Capital adopted an instrument already familiar to Brazilian investors, the FIDC, and applied it to green projects for the first time,” says Joan Larrea, CEO of Convergence. “Making it possible, through blended finance, to attract local institutional investors in Brazil – not only a large financial market but also a critical country to our global climate goals – into climate-related projects.”

Renewable energy and energy efficiency projects are a crucial component of Brazil’s 2030 climate goals. The country aims to increase energy efficiency by 10% and for non-hydro renewables to account for 23% of total power generation.

The Green FIDC and the Green CRI are each the first of their kind of security to be certified green for the Brazilian market. Certification is handled by the rigorous global standards of the Climate Bonds Initiative.

For next steps, Albion Capital is currently investigating an expansion of other variations of the Green FIDC concept into different vehicles that match investors’ risk-return preferences. The goal is to allow a faster and simpler scale-up process for other sectors, such as water infrastructure.