Skip to main content
You are currently impersonating the user: ().
Blog
02 Oct 19

There’s great potential for blended finance to help narrow the SDG financing gap in Brazil, and as the largest economy in Latin America, the building blocks for a strong blended finance ecosystem are there, including local funders, investors, intermediaries, and entrepreneurs, not to mention well developed capital markets. So, what does blended finance in Brazil look like today, especially in comparison to the Latin America & the Caribbean (LAC) region as a whole?

As stated in Convergence’s recently published State of Blended Finance 2019 report, the LAC region accounted for 13% of all blended finance transactions in 2016-2018. While this has declined proportionally from 19% of transactions in 2010-2012, the median transaction size has increased considerably, rising from $23 million in 2010 to $63 million in 2018. Further, we have seen larger leverage ratios (more dollars of commercial capital mobilized per dollar of concessional capital) in LAC than in any other region, standing at 5.1x.

There is room for greater blended finance activity in Brazil

Based on Convergence’s data, blended finance in Brazil is still in its early stages. While Brazil has the largest economy in LAC –representing between 30% and 40% of the region’s economy – only nine blended finance transactions in the country have been captured in Convergence’s database to date. In contrast, we have identified 32, 20, and 19 transactions for Mexico, Peru, and Colombia, respectively. While this variance is notable, this indicates there are probably additional transactions that have not been captured yet. 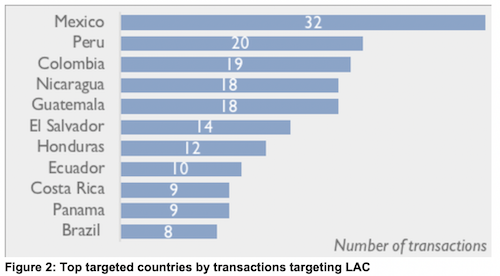 The philanthropic sector as market builder

Interestingly, transactions targeting LAC have most commonly been led by the philanthropic sector (37% of transactions), making them notably more active in the region than they are globally (11% of transactions). In line with this trend, a recurring conversation in Brazil was around the need for foundations, which are already playing a big role in the impact ecosystem, to become blended finance leaders and support market building. 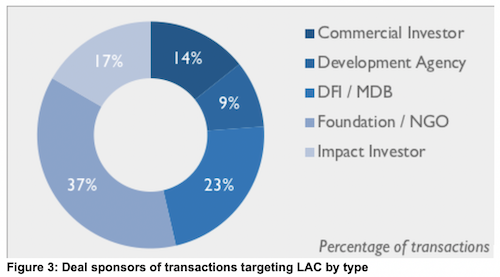 How do they blend? 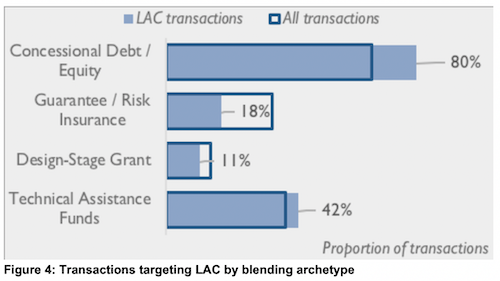 There is reason to be optimistic. Transactions such as Albion Capital’s Green FIDC, a green receivables fund which will build on a specific type of special purpose vehicle (SPV) available within the Brazilian legal framework specifically used for securitizations, and Din4mo’s Programa Vivenda, Brazil’s first social impact debenture supporting the renovation of low-income housing, are a step in the right direction.

For blended finance to scale in Brazil, local blended finance champions and leaders who can build the market will need to continue to emerge. Further, there is potential to replicate transactions that have worked in different jurisdictions in Brazil. Considering the current state of the market, it will be increasingly important for ecosystem builders and intermediaries, like Convergence, Din4mo, and others, to guide and support like-minded organizations.

There is clearly immense potential in Brazil for blended finance to mobilize significantly more capital into the sectors and regions where it is needed most to achieve the SDGs by 2030, and given how well developed its ecosystem already is, Brazil is well positioned to catch up to its LAC peers and become a blended finance leader in the region over the coming years. 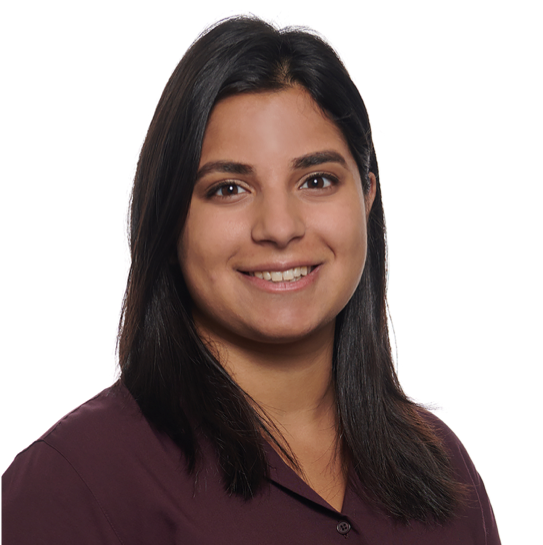 Ayesha is a Senior Associate supporting Convergence's data and research activities, including developing case studies on blended finance transactions and working with knowledge collaborators in the development finance community. Prior to joining Convergence, Ayesha completed her Masters at the University of Toronto’s Munk School of Global Affairs. While there, her interests focused on the intersection of development and innovative finance, and included an internship at the Centre for Financial Regulation and Inclusion in Cape Town. Previously, she worked as a project consultant for Grand Challenges Canada, where she developed an M&E tool to assess the impact of their innovations one year after completing their Transition to Scale program. Ayesha holds a B.A. from McGill University in International Development Studies and Psychology.