Skip to main content
You are currently impersonating the user: ().
Blog
22 Aug 18

Climate change exacerbates the Caribbean’s intrinsic vulnerability to natural disasters, threatening negative economic impacts of more than $22 billion per year by 2050, or about 10% of current GDP. The Accelerator is the first high-level commitment coming out of President Macron’s One Planet Summit back in December 2017. It is expected to be an ‘entrepreneurial engine’, with the objective to finance and scale public and private investment opportunities that combat climate change and promote sustainable development across the 26 Caribbean countries and territories.

A strong coalition has formed

Caribbean governments and some of the largest global companies, financial institutions, and foundations joined the Accelerator, launching an impressive 40-organization-wide coalition of public and private sector leaders committed to creating the world's first "climate-smart zone”.

In addition to making the Caribbean more resilient to climate change, this ambitious initiative also presents real investment opportunities for the private sector. The Accelerator will encompass a host of projects and initiatives covering climate resilience, renewable energy, urban development, jobs and transportation – all to protect the region against the impacts of climate change while boosting jobs and low carbon infrastructure. For example, Zero Mass Water announced a project to install 20 hydro panels at two major hospitals in Jamaica to produce clean, filtered drinking water for the next 15 years. Another project targets ocean resiliency in Belize: a $2 million investment to support ocean protection efforts, ocean advocacy across the Caribbean, and entrepreneurs deploying business solutions that benefit the ocean.

With both the private and philanthropic sectors interested and engaged, the moment is ripe for blending. Unsurprisingly, blended finance is an explicit component of this region-wide, ‘climate-smart’ effort. One of the four critical initial priorities for the Accelerator is to “create innovative financing models” as well as “Build platforms to help facilitate the large public and private investments required.”

The Accelerator adds to the growing momentum around blended finance approaches deployed for climate change mitigation and adaptation, such as the Climate Investment Funds, Canadian Climate Fund, and the Danish Climate Investment Fund. Through our Design Funding program, Convergence has also supported the Nature Conservancy and NatureVest to design a blue bond for conservation activities in Small Island Developing States. While institutional strengthening and market development is key to long-term resilience and growth, these initiatives illustrate how blended finance approaches could be used to mobilize additional investments to scale renewable energy and build resilience infrastructure.

Alignment between blended finance and the Accelerator’s critical priorities 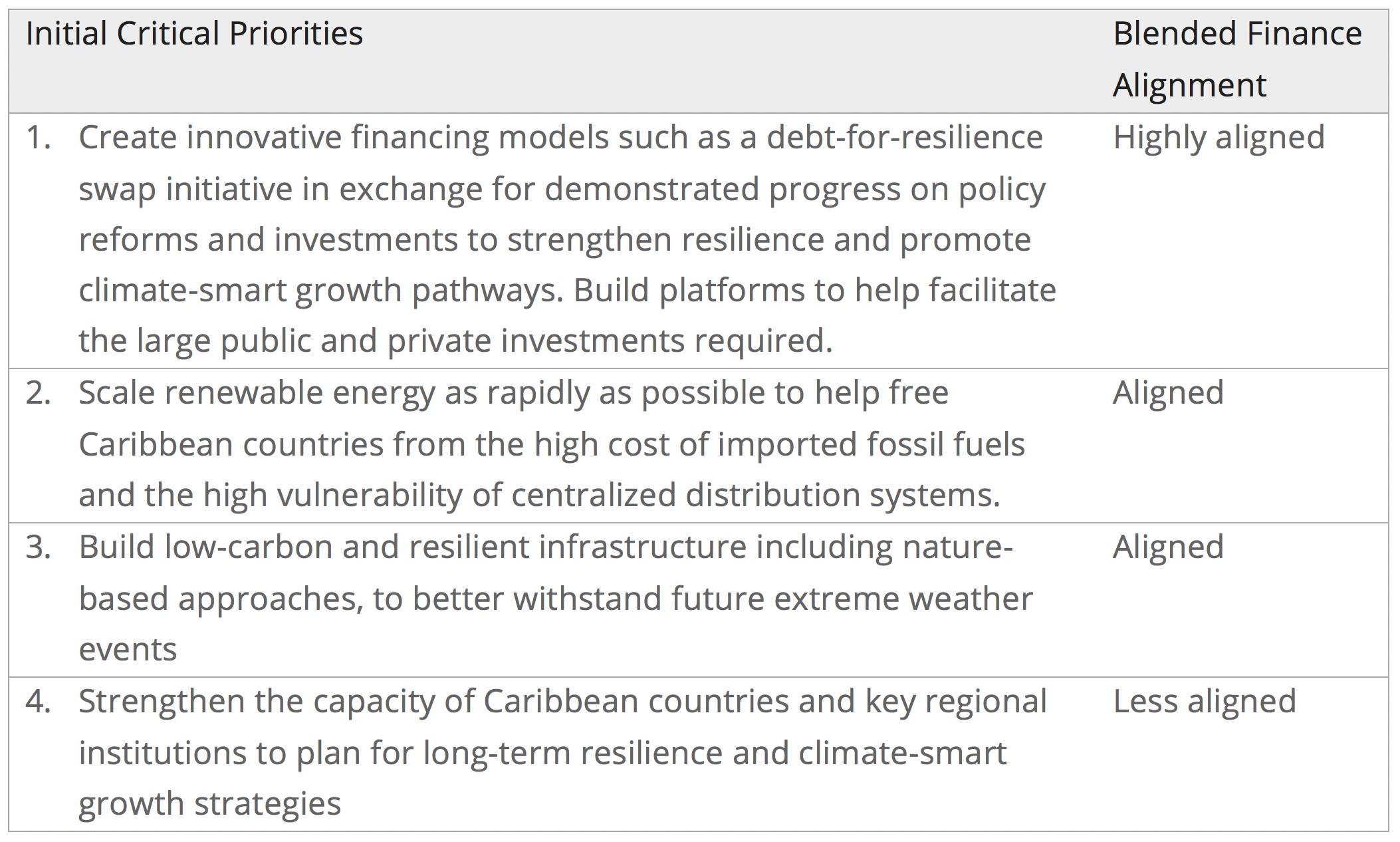 As the projects and initiatives that will make up the Accelerator and related coalition are implemented, it will be interesting to see the extent to which they will embrace the full potential of blended finance. At present, the Accelerator and related coalition have only made a series of commitments – some or all of which can be used for blending – at either the facility- or project-level. Commitments to date include:

Almost one year after the devastation caused by Hurricanes Irma and Maria, there is still great urgency to build strong and more resilient cities – particularly in coastal regions. The Caribbean Climate-Smart Accelerator was formed to demonstrate the viability of climate-smart development, not just as a means of climate change adaptation but also sustainable development – combatting poverty, creating great jobs and delivering broad-based economic growth. Reaching the ambitious targets set by the Accelerator will require considerable investment, with blended finance poised to play a valuable role. 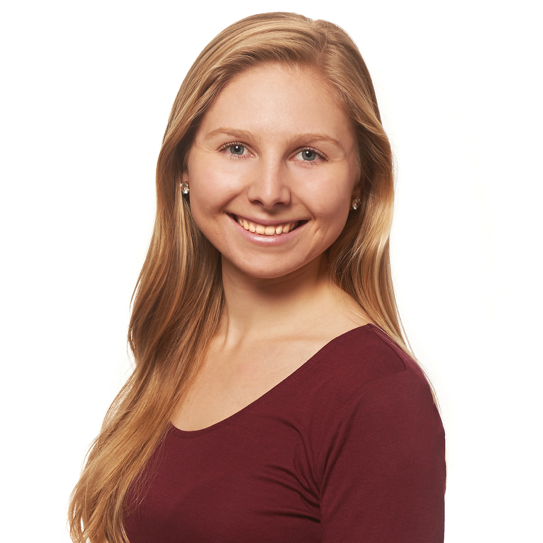 As a Manager, Justice is responsible for Convergence’s data and research activities, including building out Convergence’s database of historical blended finance transactions, documenting blended finance case studies, developing blended finance trends analysis and benchmarks, and coordinating webinars and workshops. Prior to joining Convergence, she worked at the MasterCard Foundation as Program Coordinator for the Financial Inclusion team. While there, Justice was responsible for contributing to new project development, managing current projects, updating project records and preparing strategic reports, as well as managing team organization and coordination. Prior to joining the Foundation, Justice was at the University of Toronto’s Munk School of Global Affairs completing her master’s thesis on Financial Inclusion and the Role of Government. She also has a variety of research and policy experience through her work at Scotiabank’s Government Communications, Policy and Research department, the G20 Research Group, and the World Wildlife Fund.